World War Z sequel will have a new director - will it work ? 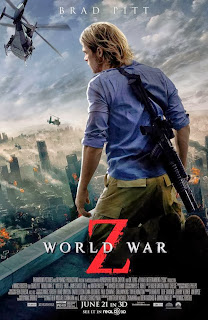 Love it or hate it, you simply cannot deny the success of Brad Pitt's feature vehicle, World War Z - based on author Max Brooks's novel of the same name. Over budgeted, rewritten and plagued with creative differences that would have shut down a lesser film, we as a collective watched this movie from inception to reception on a global scale, and NOW we are headed face-first into a potential sequel.....at least that's what Mr. Pitt has been stating.

One thing is for sure, and that is whether we will be staring down a rampaging cinematic feature of "sequalic proportions" (I made that phrase up), it will be done WITHOUT the leadership of the man that directed the original film. Marc Forster, lead helmer of World War Z has informed the remainder of Plan B Studios that he will not be returning to the throne for Part 2...or Part Deux....or Part II..(whatever). Pitt has stated previously that it was ALWAYS in the plans to put forth a sequel, but there are "numerous ideas that need to be culled".

We here at Zombies & Toys will remain firmly in touch with any and all news regarding the directorial search, and subsequent story lines, script, budget, infighting, delaying, and whatever else could serve as a roadblock on the way to this movie being served up on the big screen.
at 10:52 PM
Share